Well, you needed your fingers and toes to be able to calculate the scores today.

So the challenges of North Arm tried everyone today, the top score in FClass for the first range was Denis McN with a nice 55.3, and Michelle with a 45.2 in TR. In the second stage looks like there were some readable patches with Dave B and Des V both scoring a 60.1 and Michelle a 51.1.

The Master Scorere for the day, had to double check a couple of the scores, and there was almost a protest from one of the shooters, who thought he had a 41 and actually got a 47, though with the chicken scratchings on the scoresheet, you would wonder how any of the scores were correct. Hahahahaha

So the final results for the day, saw Michelle F take out Div 1 (TRA) with a 96.3 and Gary McB a 89.4. Div 2 saw Dave R as the only shooter he struggled with the wind conditions and finished on an 87.3, his lowest score for a long time.

Div3 (Fstd) was a little hotly contested today, with the top two shooters Des and Corrie both scoring a 51 in the first stage, Des had Corrie on X’s. So it was all down to the last range, Corrie shot a great 59.4, so was confident that he possibly might take out the day. Des was last shooter for the day, and everyone stood around, watching him fire the last of his shots (Photo, courtesy of SC). Des finished with a 60.1 to beat Corrie by 1 point, though you have to give Corrie the best X or V count for the day with 5. 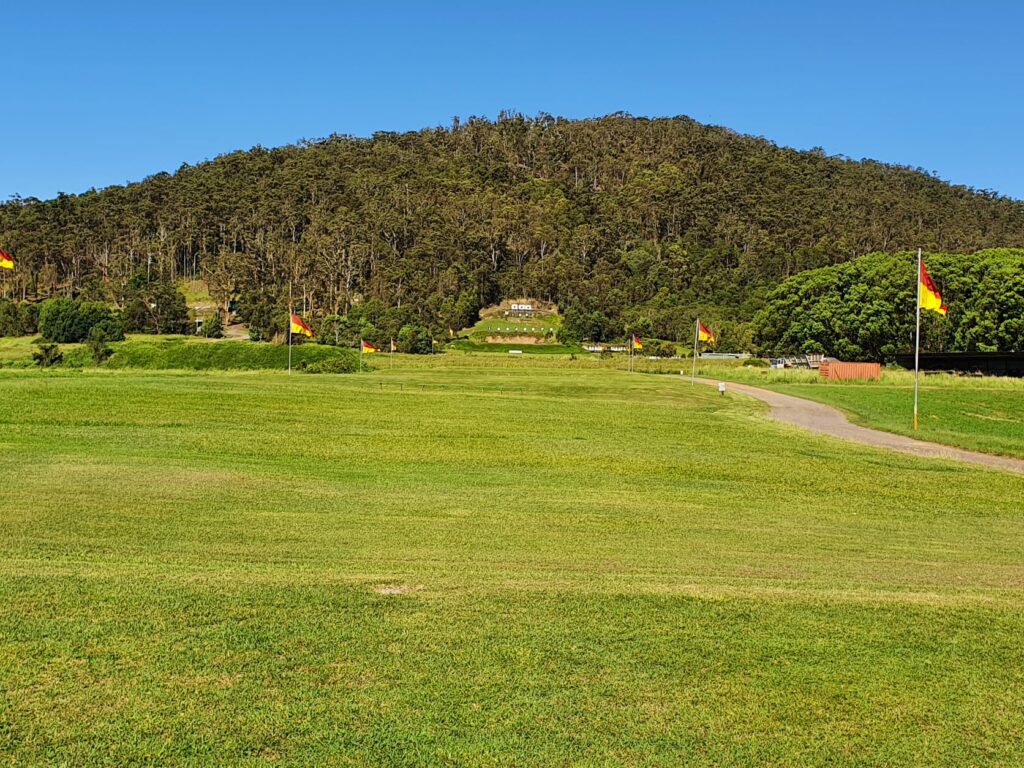 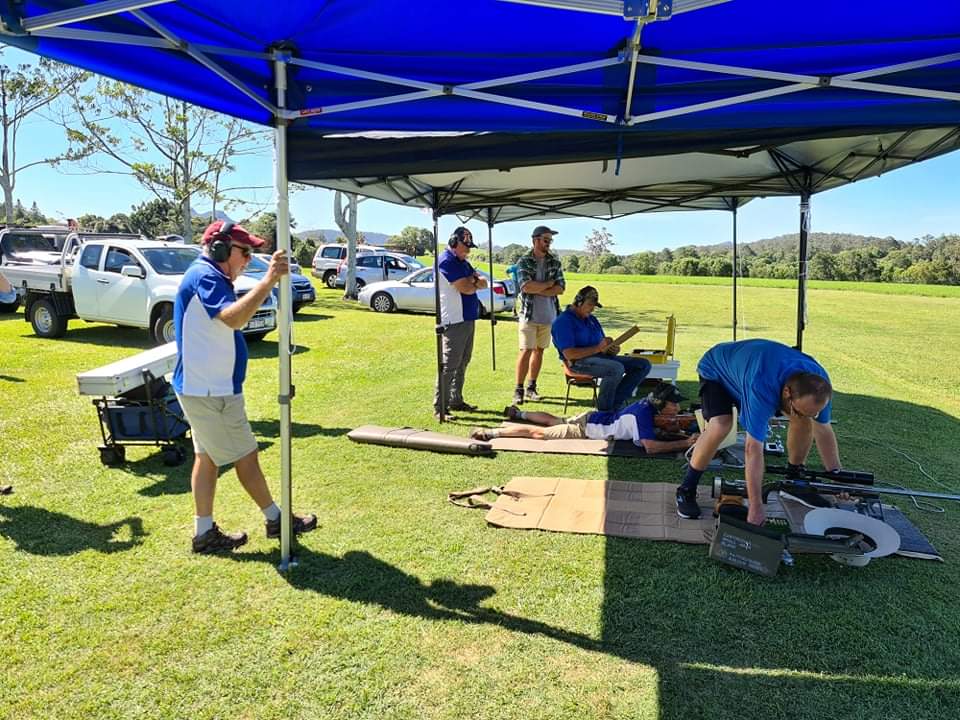 Div 4 (FO) Only had two competitors today, and Denis McN started out well with a 55.3 over Dave B 53.1. Dave had to pull out all the stops to try and beat Denis, and was rewarded with his patience and wind reading skills with a 60.1, Denis struggled and only shot a 52.1 in the second stage, giving the day to Dave.

Div 5 (FTR) This is a hotly contested grade in our club with this discipline having more competitors than any of our other disciplines. Today saw 7 shooters which was almost half the field today. Sarah C shot well in the first stage with a 51.1 with husband Mark just behind on 50.2, with everyone else struggling with the conditions. The second stage saw some nice hits with Rob G socring a 55.1 and Fred B a 53.1. Mind you Fred started the day with an X as his first sighter (which proudly announced to everyone on the range, before firing his next shot). Sarah was next with a 50.0 but her scorer didn’t quite know how to add up and gave her a 100.1 for the day instead of 101.1. (Master Scorer rectified this for her :-)). So the end results saw Rob G on 101.2, Sarah C on 101.1 and Mark C on 97.2.