It was a hot day, for shooting, with everyone happy that we were shooting the last competition day for the year at 700 yards, right next to the Clubhouse. Conditions were difficult once again at North Arm with a North Westerly down the range at anywhere from 16 km/hr to about 6km/hr.

Denis M (Div 4 FO) as usual mastered the day, with an impressive 57.5 the first range, with his closest rival with a 54. He showed he had it all under control in the second stage, after a bit of a false start with his sighters, and shot a fantastic 63.3 for 120.8 for the day. Peter C shot well in the second stage as well with a nice 61.6 to finish in second place in Div 4 (FO) with a 115.10. (nice centre count Pete)

First for Div 1 (TRA) was Michelle F, starting off with a 46.4 in the first stage, and coming home strong with them all in until the last shot, to finish with a 54.2, and just cracking the ton for the day. She got of the mound and let Scott R know that she had left the door open for him to beat her, he just had to get a 55.4 to take out the day. He didn’t quite make it with a 53.5 in the second stage.

Div 2 (TRBC) saw two competitors this week, with Shane J and David R. Both shooters have new rifles in the making and I think their old ones have decided not to play nicely before retirement. Conditions were difficult when they both shot, but Shane took out the day with a 84.2 and David on 81.

Ian S was the winner of Div 5 (FTR) with a 112.4 for the day taking out his second range win for the year. Sarah C came in second with her 5.56 struggling in the changing conditions on the first stage, she finished with a 61.2 and 112.2 just behind Ian, though this is her top score at 700 for the year.

Remaining results for the afternoon. 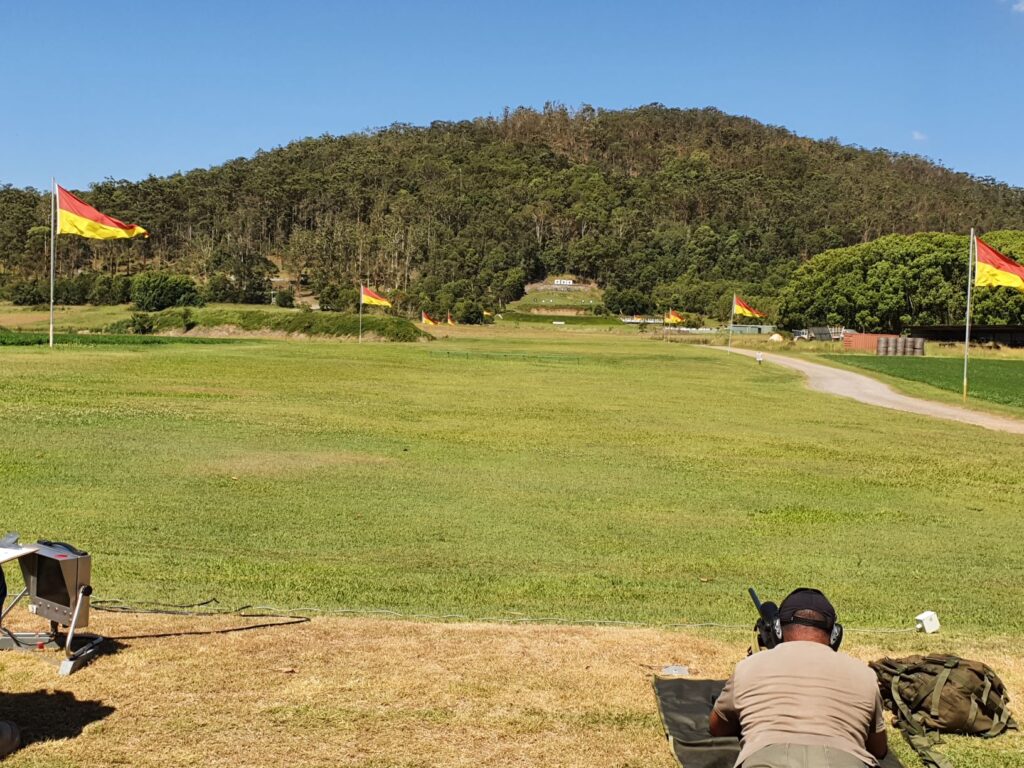