What a lovely winter’s day, today turned out to be and doing something that we all enjoy – being on the rifle range. 🙂

The wind in the morning looked calm going directly down the range and at times, coming in slightly from the right. Though it was harder than it looked, with only two possibles from the Target Rifle and FTR competitors in the first round.

Sarah Cooper had a fantastic result today, taking out FTR (Div 5) with a 122.11, her best result by a mile, and husband Mark needing to pull his socks up if he wants to beat her. Though I did hear him say that he is getting Sarah’s rifle sorted first with the new load, then he will work on his. I think that might just be an excuse…………….

Colin Cole took out Div 1 with 104.13, though he wasn’t happy, with dropping his last shot. David Richardson was the only Div 2 shooter today, but he finally cracked the 100, so a great result, with a nice 54.3 for the second stage.

Div 3 had good numbers today, with 10 shooters taking part, a nice win to Corrie Hoosen, with 1 point down in each stage. Watch out when the Prize Meetings start up again, I think we are going to see Corrie, going from FStd B to FStd A very quickly. 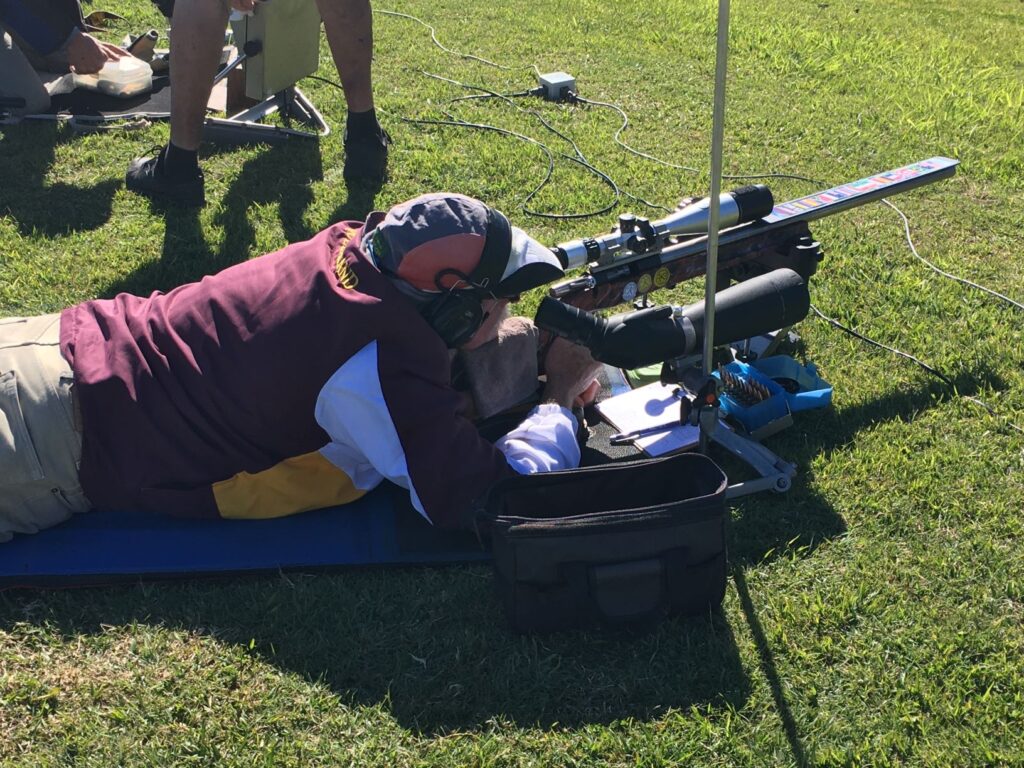