Governed by the International Confederation of Fullbore Rifle Association’s rules.

F – Class is a shooting discipline governed by the International Confederation of Fullbore Rifle Association’s rules.
It is shot prone (lying down), typically from 300 yards or metres out to 1000 yards.

F-class was derived from Target Rifle and has only been a recognised ICFRA discipline since the 1990’s. It was originally started to allow older Target Rifle shooters whose eye sight and general steadiness had deteriorated, to continue enjoying their sport. Today F-class is said to be “The” fastest growing shooting discipline in the world attracting all ages and genders.

F-class utilises a telescopic sight, a front rest or bi-pod for the forend and a rear support bag for the rifle butt. Using a high powered scope allows the shooter to place a reticule such as a cross hair over the target. Some shooters prefer to centre the cross hair and dial wind compensation into the scope and others simply use the reticule’s lines as reference marks and hold the cross hair off centre to compensate for wind.

F-Class is shot from a far steadier platform than Target Rifle with far more powerful magnification however the F-class target is half that of T/R. At 1000 yards, the X ring is a mere 5 inches in diameter. The slightest inaccuracy will lose points. 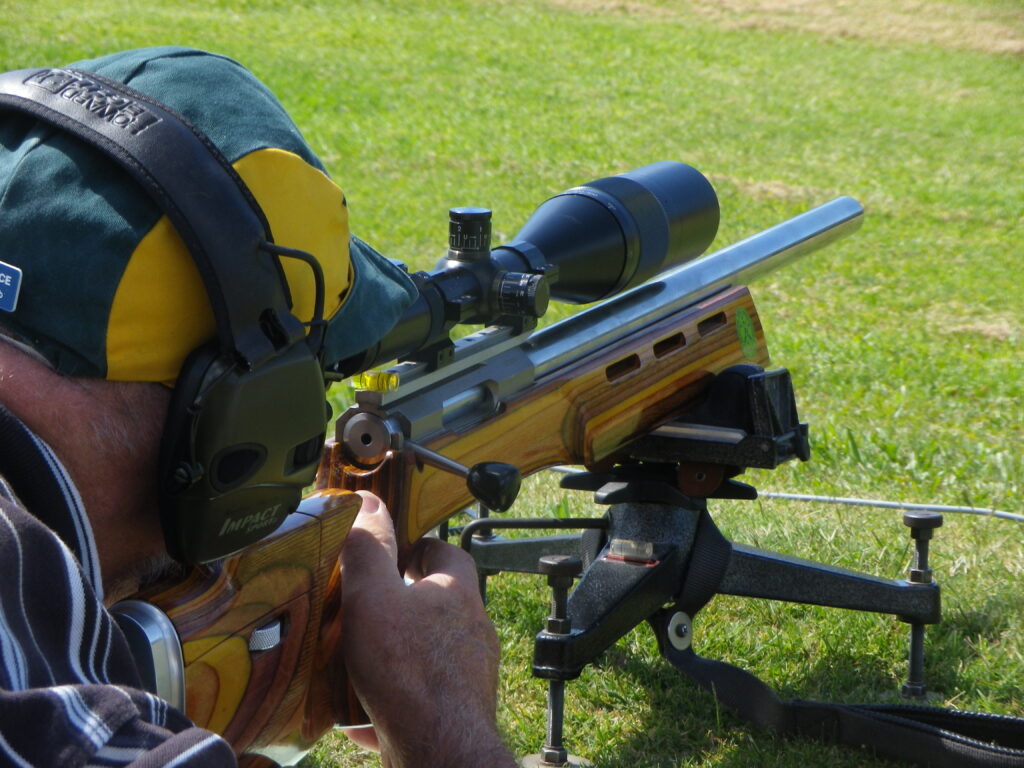 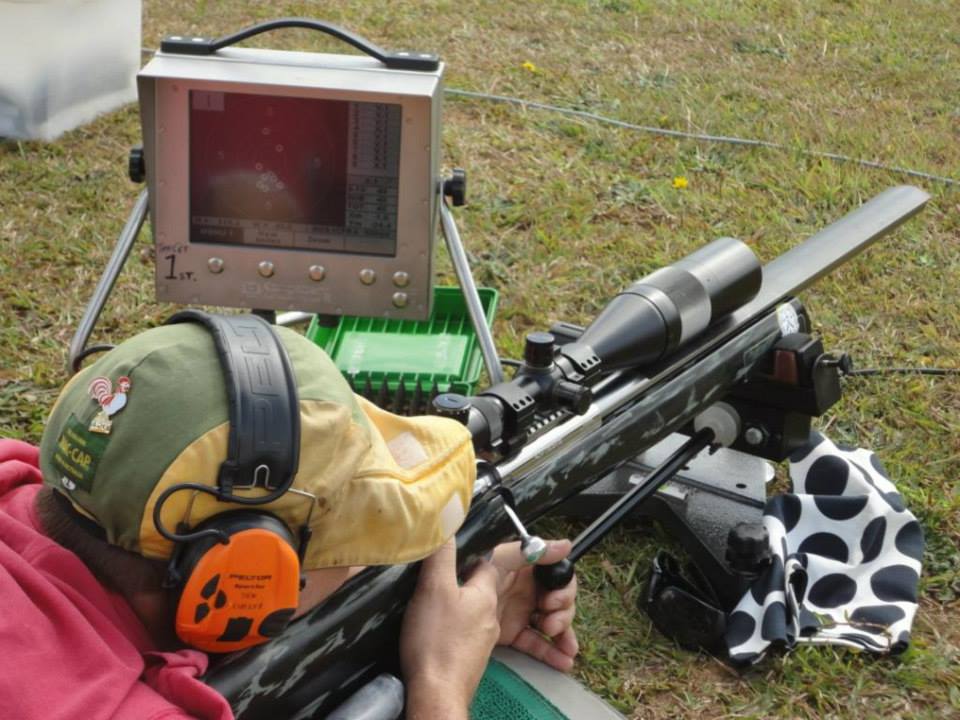 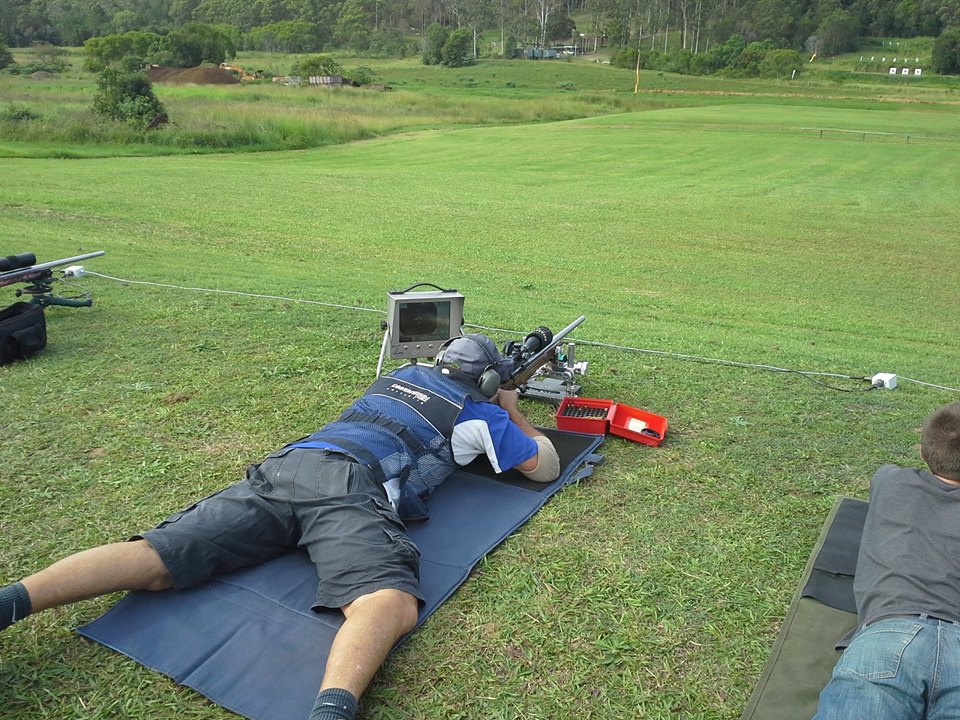 F-Standard is a category only recognised in Australia where F-Open and FTR are internationally recognised codes. All 3 share the same course of fire and scoring system. F-Standard and F-Open only differ in the equipment and ammunition component regulations.

F-Standard is far more regulated in all aspects than F-Open. In F-Standard, basically, only 2 calibres can be used, .223 or .308. The gun powders and bullets that are allowed to be used are also restricted to those approved by the NRAA. The bullet weights available for use in F – Standard are 155gn for the .308 and 80gn for the .223.

The maximum rifle weight is 8kg if a front pedestal rest is used otherwise 10kg if a bipod is attached to the rifle. The trigger must not have a pull weight lighter than 1kg.

A highly regulated equipment rule as seen in F-Standard evens out the field and reduces the cliché idea of the competitor with most disposable income dominating.

F – Standard is subject to a grading system. Beginners starting in B grade and moving in to A grade as their skills and results advance.

F-Open is a competition recognised worldwide where the competitor has much more choice in ammunition components, calibres and rifle weight. Any calibre 8mm and under, any bullet weight can be utilised, any powder is allowed and the heavier allowable rifle weight of 10KG allows a more stable shooting platform with less felt recoil.

The F – Open competition in Australia generally has less competitors than F-Standard however the competition is considered to more intense due to the relaxed regulations allowing highly accurate, powerful and fast cartridges.

FTR is very similar to both F – Standard and F- Open and is shot on the same target using the same scoring system. Like F-Standard, the calibre can only be either .308 Winchester or .223 Remington. The rifle must be shot off a bi-pod and can utilise a rear bag. The total weight must not exceed 8.25 kg. The trigger weight, powder choice and bullet weight, like F-Open are unrestricted.

FTR has only really been openly accepted in prize meetings and Queens events around Australia and by the NRAA since 2013. The Australian teams success at the 2013 F-Class World Championships at Raton raised awareness of the code and gave the FTR movement in Australia some great momentum.

A F-Class World Championship is held every 4 years hosted by different countries. The next World Championship will be held in South Africa in April 2021. Currently Australian shooters everywhere are well in to their preparation’s hoping to qualify for the teams.