It is very rare to find someone that gives as much commitment and support to a club these days, and even rarer, when the person is not an active member of the club.

Cecil’s commitment to the complex started when his Grandfather George Davison, the founding member of the North Arm Rifle Club and owner of the land which the club uses, requested that the rifle club continue to use the land which we presently have the honour of shooting on today. Since then Cecil has kept up his promise to both his Grandfather and his Father Jim’s request ever since. Without this ongoing commitment the North Arm Rifle Club would have nowhere to shoot.

As a club, we have only recently found out how much work and help Cecil has given over the years. Recently, while extending the mounds we saw how much he has been doing behind the scenes in his own quiet manner. Nothing was too much trouble for him. He donated over 120 cubic meters of soil free of charge, over 50,000 litres of water and many cubic meters of fertilizer.

He has also recently built the new access road up to our stop butts area on the hill. He dealt with all the council’s requirements and problems that come with building a new road. This has saved the complex, and the club, many thousands of dollars and has kept our shooting range operational.

When the large rock holding the commemorative plate at the front of the club house was relocated up on the hill, we just had to ask and Cecil lifted it down with his machinery and placed it a better location.

Cecil has always maintained the road and completed the mowing until Russell Sommer, in his retirement, took on the mowing. Cecil also had time to repair the mowers when needed, the old ones can still be seen in his shed. Any time Russell needed earth moving machinery, Cecil let him use whatever he required, predominantly for use on the mounds and the butts.

These are just a few of the many things that Cecil has done to contribute to the long term success of the Davison Range Target Sports Complex.

The North Arm Rifle Club and the other clubs on the Davison Range Target Sports Complex are deeply indebted to Cecil for everything that he has done over many years. He has helped the North Arm Shotgun Club and the North Arm Pistol Club where has has also been honoured with Life Membership.

By presenting Cecil with Honorary Life Membership of the North Arm Rifle Club, members can acknowledge and show our sincere thanks to Cecil for his wonderful commitment to his Grandfather’s and Father’s request.

Without Cecil Davison’s help and assistance over the years this complex would not exist as it does today, we would not have this wonderful facility to use for our sport.

Cecil, thank you for all you have done for the club, we hope that this Honorary Life Membership, shows in some small way the appreciation the club has of your commitment and continued support. 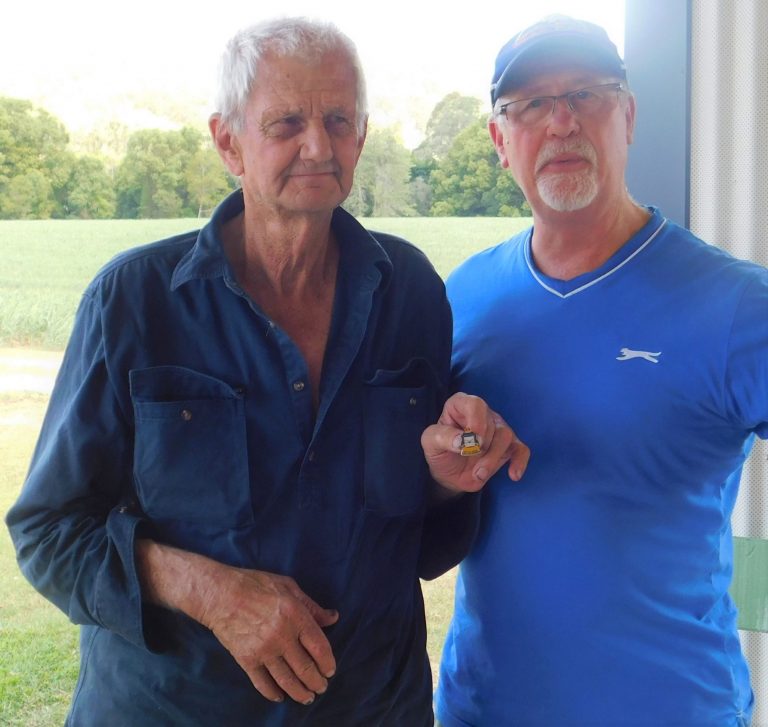